Able Safety Consulting - How to get a Construction Job 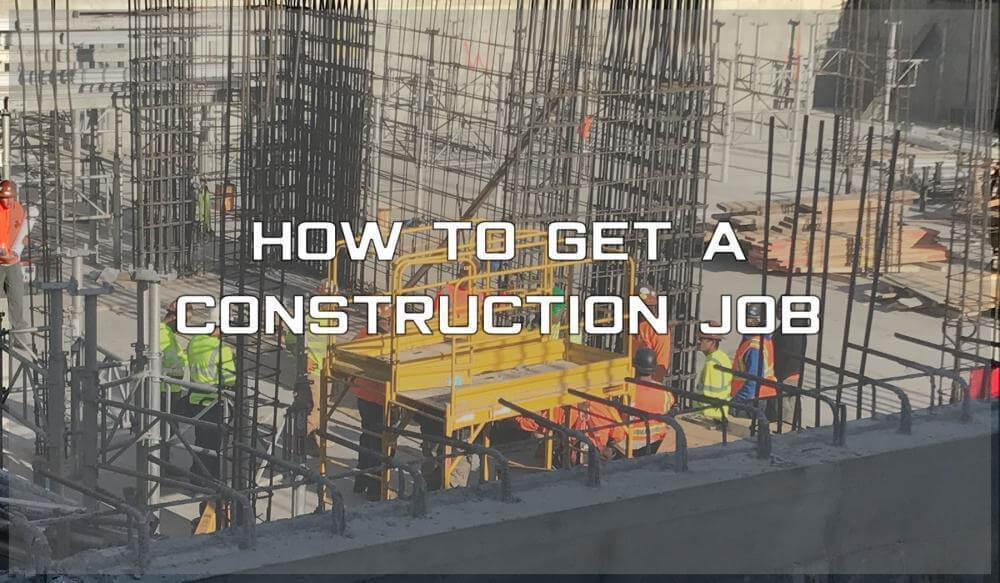 How Do I Get a Construction Job?

The construction industry’s growth does not seem to be slowing down anytime in the near future. Which means that the demand for workers isn’t slowing down anytime soon either. According to Sageworks, a financial information organization, construction related industries account for seven out of ten industries with the highest sales growth rates in 2017. Statistical data released by the bureau of labor statistics, shows the outlook on employment in the construction industry is projected to increase by 11% which is above the average growth rate of other occupations of 7% between 2016 and 2026. It also shows that there were 200,000 construction jobs added between June 2016 and June 2017.

It is also important to point out that construction industry wages are steadily increasing year over year. In 2016 construction wages rose by 3.6% and in 2017 they increased by 3.4%. According to the bureau of labor statistics laborers/helpers (workers with minimum experience) earned a median pay of $15.49 per hour in 2016 with the industry average being approximately $28.20 per hour.

With such a strong growth in construction employment and wages over a wide range of sectors of the construction industry ranging from residential to commercial, it has never been a better time to start thinking about a career in construction.

But as Thomas Jefferson once said failing to prepare is preparing to fail. With that being said lets go over the steps someone should take to get themselves into the construction industry.  There are multiple avenues someone could take to get their foot in the door.

Decide What Type of Construction

To this day carpenters have remained one of the most well-known construction jobs in the industry. It is an occupation that is still in high demand and also pays well. Carpenters earned an average yearly salary of $43,600 in 2016 according to U.S news and world reports. Some of the highest paid carpenters earned around $80,000 per year. Carpentry work is sometimes focused more on woodworking but also encompasses a wide variety of duties including cutting, shaping, and installing materials during the construction phase.

Rated one of the best construction jobs, construction manager’s duties include obtaining work permits, hiring contractors, handling emergency situations, scheduling inspections & walkthroughs, and keeping clients up to speed on work progress. If you are interested in building design but also don’t mind a little bit of manual labor this would be a great choice for you. Becoming a construction manager offers the chance to learn many different aspects of construction from the design and planning stage with architects to the actual construction phase with laborers.  The average yearly income of a construction manager is $89,300 with some managers making upwards of $120,000 per year.

Another popular and sought after construction job is an electrician. Due to the versatility of their skills they can be used across many different industries. Electricians generally install and maintain electrical and power systems in buildings, homes, and factories.  The average salary of an electrician in 2016 was $56,650.

If you are still uncertain about which area of construction you would like to enter into for the long term don’t worry, there is often excellent room for growth from one construction position to another. Start by deciding on an entry level position and create a plan to meet the minimum requirements for that position. What is most important is to get your foot in the door so that you can start to build up your experience. Many positions do not require a high level of education, although the more skilled positions often require some sort of degree in a relevant field. There are also many different professional training certifications that can increase the attractiveness of your resume. Many of these certifications such as the OSHA 10 or OSHA 30 hour courses are required in NYC to even step foot onto a construction site. These certifications may be used to compliment your degrees or as an alternative to getting a degree.

A good way to get an introduction into the construction industry is by finding general labor or unskilled positions on a construction site. These types of entry level positions are usually easy to find on job posting websites such as craigslist or indeed. Some of these entry level positions only ask for easy to acquire certifications. For example, work zone flaggers are usually only required to have a flagging certification which is available entirely online at a low cost.