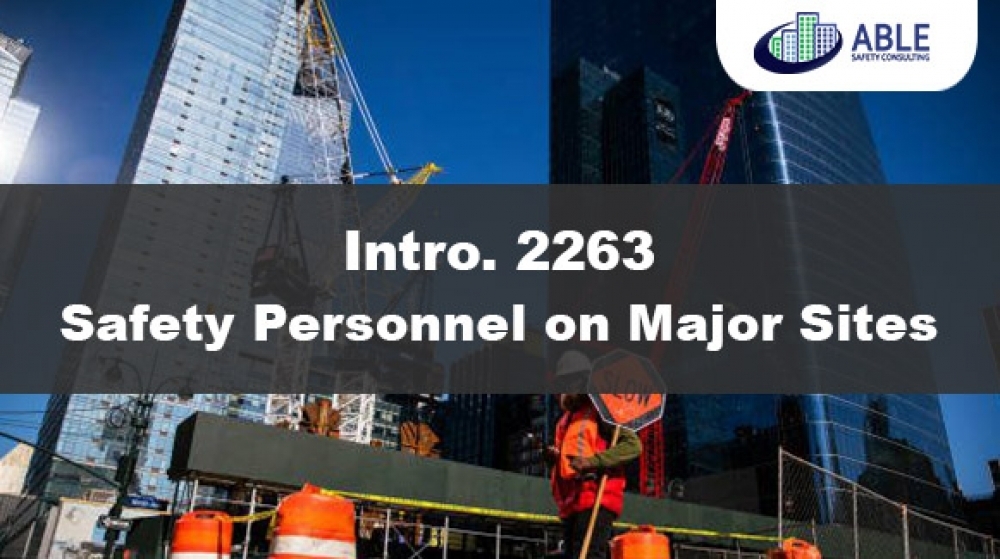 Intro 2263 would lower the threshold for a major building construction site to include sites that involve existing or proposed buildings 7 or more stories. In doing so, this would require DOB-licensed site safety coordinators or managers on major constructon projects that are atleast seven stories or higher.

This rule would trigger additional safety requirements for more construction sites. Among them, DOB-licensed construction superintendents would be required to serve full-time alongside Site safety coordinators and site safety managers on jobsites that are 7 stories or higher.

Although this legislation has not been signed into law it is on the right track to becoming approved and will most likely be passed in the coming months. The bill would take effect 3 years after becoming law and would only apply to permits issued or renewed on or after that date.